Understanding Security on the Internet: What is Antivirus and Why Do You Need it? 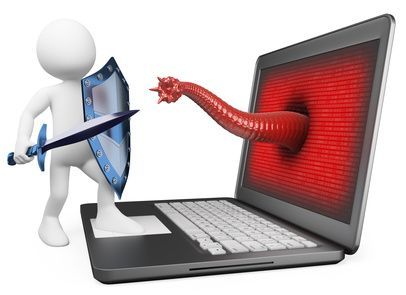 We take the Internet for granted nowadays – and many of us take Internet Security for granted as well, counting on existing programs (which often work without us realising it) to ensure that our uploading and downloading, browsing, and surfing go without a hitch. The only time many of us stop to think about our security is when things actually go wrong. It’s a complicated issue, so our ignorance can perhaps be forgiven..


However, the threats are real.
The world is full of people – even organisations – who try all sorts of clever ways to steal your information or simply hack into your system for fun. Internet security isn’t just useful; it’s vital. Here’s how to understand security on the Internet, what antivirus is, and why you need it.

When you think of internet security, there are three basic concepts that you should be concerned with: firewalls, anti-spyware, and antivirus software. Each has three different functions. The firewall is a protection against incoming or outgoing connections; put in place to alert you of (or automatically deny) data entering or exiting your existing network. Anti-spyware detects malware that is often hidden in freeware (free downloaded software), whilst antivirus software detects any malware that is already installed or active in your computer system.

What is malware? Malware is a contraction of two words: malicious software. It’s basically a computer program that has the purpose of doing your system damage, stealing information, or using your system for things you have given no authorisation for (such as hacking other systems). It could be software that aims to spy on you, steal your information, destroy your programs, and so on.

Antivirus is one of the three important aspects of internet security – you need to get a good one that can detect any malware present on your computer. The antivirus periodically inspects your system for any bugs and, if any are found, removes them and restores your computer to ensure no further harm can be done. Since there is constantly new malware going around, your antivirus needs to get updated regularly (which is often done automatically).

But, I have no sensitive information

You may think just because you have no sensitive information on your computer that you shouldn’t be worried – you don’t store any credit card or other personal data, for example, so there’s nothing to steal, right? Wrong. You still need antivirus, because hackers often write programs to take control of your computer so they can hack other systems – and the hacking information (the digital trail) will lead back to your computer rather than to theirs; they’re safe whilst you’re a screen, a dummy, one to take the blame. Even if you don’t have any sensitive information in your own system, you have to make sure only you can access it, and that nobody else can use your system for their own purposes.

Most people don’t realise that several antivirus programs don’t work well together; they tend to cancel each other out, allowing some malware to potentially sneak through. Do your research on antivirus software, and pick only one – there is cheap antivirus software out there that’s very effective. Install a firewall, get some antispyware, and choose the best software available.

Whether you’re at work and protecting valuable information from being corrupted by a virus, or at home and guarding your personal information from cyber-thieves, it has become essential in this day and age to ensure precautions are taken.

The overall benefits to running an Anti-virus program in the background will improve the efficiency of your computer and stop unwanted threats causing harm.

Bullguard Complete All In One Premium Protection